Sorry, but you can’t just create a company culture 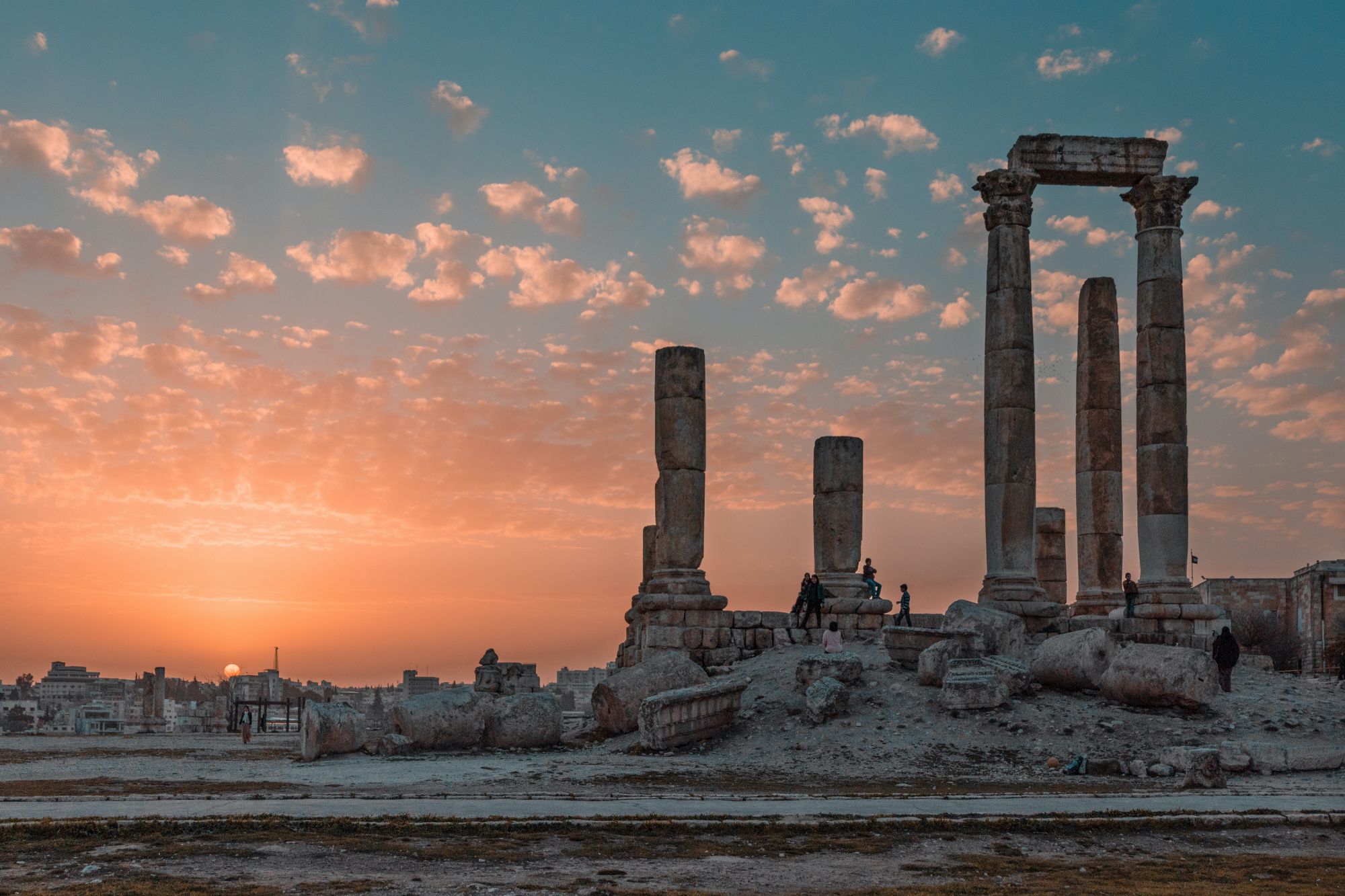 Photo by Abdallah Maqboul from Pexels

Culture is such a buzzword in business these days. We talk about it to our customers. We look for employees that fit it. And we look for jobs where the culture matches our own preferences and values. Companies of all sizes want to grow it, shape it, and foster it. But what exactly is it?

First off, you already have a company culture. It may be good, or it may be bad. You may love it, or you may hate it. But it definitely already exists.

In 2009, I attended South by Southwest Interactive, and I had the privilege of listening to Zappos CEO Tony Hsieh's keynote about company culture. At the time his views were fairly radical, and Zappos culture and its supporting hiring and onboarding practices were new and different.

Reinforcing and fostering the Zappos culture was at the core of their business operations. As new employees were hired, they were offered multiple opportunities to accept a lump sum and leave the company if they weren't aligned with the culture, weeding out those who were just there to collect a paycheck. The end result was a team that shared the same values, which led to being able to work better together and better customer service — which led to success as a business.

As word spread about Zappos and other companies throughout the dot-com startup space, company culture became big business. At first traditional businesses leaders looked on these startups with skepticism. But eventually the idea of company culture started to trickle down from the trendy Silicon Valley startups to other industries. Since that time many more traditional business leaders have seen the buzz and the results and want their piece of the pie.

Just like any business fad, with the growing popularity of this business buzzword has come a lot of talk about culture from leadership and management teams that just don't understand it.

It makes sense why so many leaders don't get it. As Generation X started to take over the majority of the workforce, starting in the 90s, a radical shift started in how people think about work. Suddenly production and efficiency weren't the only metrics. In came a new wave of ideas about how to run businesses, but many of them are abstract. Just like the concept of brand, company culture is an intangible. It's palpable, but hard to grasp what exactly it is — or how to work with it. Everyone can feel when it's bad, or good.

For those struggling to understand, it's important to know that company culture is a byproduct.

For those struggling to understand, it's important to know that company culture is a byproduct. It's not something you set out to make or change on its own. And similarly it can't be measured or viewed on its own. Instead you need to look at the artifacts that come from your company as indicators of the culture that exists within.

Going back a few decades, maybe we didn't use the same terminology, but company culture has always been with us. Every company has certain ways it does things, certain rituals and words and processes that make it unique.

In theory it sounded great. As a leader of a small team within the organization, I was excited to be able to be a part of shifting the culture for the better. But then the process started, and it was ass-backwards.

They started the culture shift from the top.

It started at the top. The senior leaders met behind closed doors and cooked up the "culture" they wanted to see. Then they proudly explained to us what our new culture was, with handouts and slide decks, and told us that we and our teams had to assimilate into it.

I was floored and disappointed. As this culture "rollout" took place, it was clear that the traits the senior leadership team were pushing down our throats were not going going to be what came out the other end of the culture-making process. Instead, the result was a culture of fear, submission, and complacency — perhaps worse than before the whole process started.

That example from my former workplace helps illustrate some important principles about company culture.

Culture-making is a black box

Culture-making is a black box. In science, engineering, and technology, we use the term black box to describe a process or system about which we only know its inputs and outputs. We don't know anything about its inner workings and what it does internally to take an input and manipulate it to become the black box's output. This is very similar to how culture-making works. It's not a process we as organizational leaders can control outright. Instead we can only tweak the inputs and monitor the resulting outputs.

In the world of company culture, the inputs we have into the process include: the people we hire, the direction we give, and the values we model as leaders.

And the outputs we can see include behavior, performance, and retention.

No matter how hard we try as managers, directors, and officers, we cannot change what happens inside that black box. We can't change how our team interacts with and responds to our inputs. So all of our efforts for growing and changing culture must be focused on the inputs we can control.

One of the key inputs to company culture is the team you hire, and as such, every person you add to the team will have an impact on the overall culture of the company.

Not to put more weight on your shoulders, but choosing new hires goes beyond making sure they can get the job done — hiring a bad culture fit can wreak havoc, even beyond the scope of the new hire's role.

On the flip side, though, every new person you hire can have a huge positive impact on your company culture as well, helping your team to continue to learn, grow, and work together.

Company culture is fostered, not dictated, installed, decided by committee, voted on, written in the handbook, or any of that other boomer bullshit.

Culture is fostered. Just like learning is fostered in the classroom. A teacher can teach, but they can not force their students to learn. The best a teacher can do is create an environment that encourages learning. That's fostering. It's a process of lining up all the raw materials needed to have the desired outcome and letting the students work with them.

And it's the same thing for company culture.

As I said earlier, we must focus our attention, when it comes to shaping culture, on the inputs we can control, allowing the culture-making process to happen organically.

I spent a lot of time in this piece discussing what not to do with regard to company culture, so it seems fitting to wrap up with some ideas about what you should do.

Fostering company culture is about controlling the inputs in the culture-making process. As I mentioned earlier, some of the primary inputs we can control are:

Culture is the embodiment of what a company values. Obviously a company is an inanimate entity, and so when we talk about the company's values, we're really talking about the values of the people behind the company.

After your company gets off the ground, your role as a leader shifts. Many of us have started companies because we had a specific idea or skill. We knew it deeply and used that as the seed to create something, which is now living and growing on its own. As that growth comes, your role becomes less of a subject matter expert and more of a leader who models and grooms the values that you want to characterize your company and brand.

Quite simply, you cannot inspire a group of people who work for you to work and act in a certain way unless you yourself do so as well.

As leaders there's a tendency to become a dictator, prescribing the exact response to every situation. But that just results in a group of rule-followers who cannot function effectively on their own. And that's the opposite of what you need as your company is growing. To scale your operation, you need to be able to trust that your team understands what's important and comes to the right decisions on their own.

You need to allow space within the structures you create for your team to put their own twist or interpretation on the direction you give. This will allow the team to own their own piece of the company's culture.

As your company grows and you hire new team members, your culture is going to shift. And that shift can be for the better or for worse. Often times, in fear of damaging an existing company culture, leaders will hire clones of their existing team. You want your team to be homogenous, right?

As you hire look for culture fit. To assess culture fit in the hiring process, you can talk about your values and how you apply them and see how the candidate responds and reflects on what you say. Their responses should resonate with you, even if it's not the exact response you might give.

You can also use hiring as an opportunity to nudge your company's culture in one direction or another. For instance, if you're looking to inspire your team to value customer service, you might hire someone who has a customer service background (even if that's not the primary purpose of role you're hiring for). That background experience can bring new a perspective as the new hire joins the team.

Company culture is critical for business in the world today. It impacts everything from sales, to customer retention, to hiring, and more. And with that it's important to understand what you can and can't do to foster culture at your company.

Remember that company culture isn't something you can create in a vacuum with you and your leadership team. It's a living, breathing thing. And you must learn to harness it and allow it to inspire you to continue moving forward.